PRGN delegates to the 20th anniversary conference in Cape Town in April 2012 can view a video here about Cape Town as a destination for vacation and more. The event will be hosted by HWB Communications and Sun International.


Posted by HWB Communications at 11:24 PM

PRGN delegates to the 20th anniversary conference in Cape Town in April 2012 can view a video here about Cape Town as a business destination. The event will be hosted by HWB Communications and Sun International.

Posted by HWB Communications at 11:22 PM 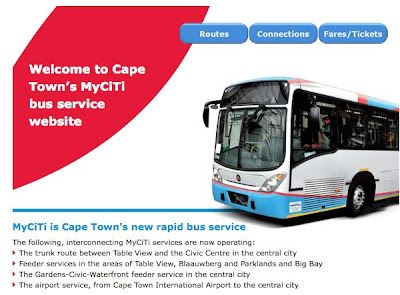 Relief is in sight for weary commuters living in the Metro South East, which includes Khayelitsha and Mitchells Plain.

The City of Cape Town is planning several MyCiTi bus services for these areas, including an express service between Khayelitsha and Mitchells Plain and central Cape Town.

These plans are outlined in the latest MyCiTi project report, of July 2011 which will be presented to the Transport, Roads and Stormwater Portfolio Committee on Friday morning.

New MyCiTi services are also planned for transport corridors between the Metro South East and the southern, northern and West Coast suburbs, as there is high passenger demand but no rail service along these routes.

The express service is planned to start by April 2014 and will continue until the Passenger Rail Association of South Africa finishes its planned modernisation of the Khayelitsha-to-CBD service. At that stage, the express service will be re-evaluated.

The aim of the new services is to complement the rail service as well as to serve other corridors of high demand.

Posted by HWB Communications at 7:48 PM

A press release, with the lyrics and English translation, is available at http://www.hwb.co.za/media-article.php?id=436 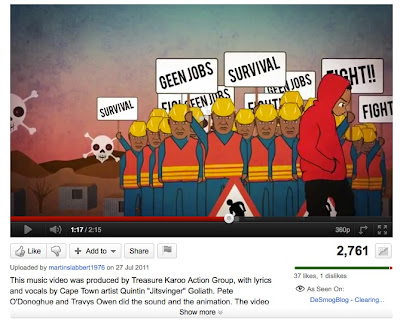 A hip-hop music video about the dangers of fracking in the Karoo was launched in Cape Town today. Treasure Karoo Action Group (TKAG) produced the animated video, along with vocalist and writer Jitsvinger (a.k.a. Quintin Goliath) as part of their campaign to create awareness about why hydraulic fracturing (“fracking”) should not be allowed in South Africa. 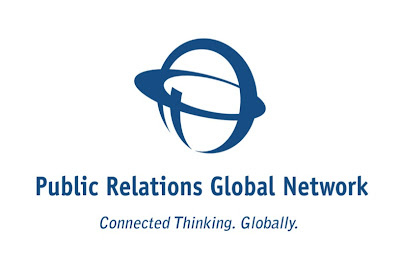 HWB will be attending the conference of the Public Relations Global Network as its only African member. The conference will be taking place in Chicago from 23-25 September.

PRGN Tweet Chat -- There will be a global communications Friday 24 September via social media through a Twitter Chat. Aaron Blank @SeattleBlank, at The Fearey Group, is coordinating the event.
#PRGN Twitter Chat 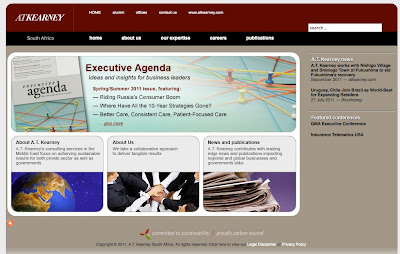 A.T. Kearney is a global management consulting firm, focusing on strategic and operational CEO-agenda concerns. It was founded in 1926, and its head office is in Chicago, Illinois. The firm is regularly ranked among the top 15 in Consulting Magazine's annual ranking of the "Best Firms to Work For."

The firm operated within the United States since its founding in 1926, until 1964 when it opened its first international office in Düsseldorf. A.T. Kearney now has 55 offices in 38 countries.

Posted by HWB Communications at 7:22 PM