You might like to follow the progress of our bus by following the daily blog posts on http://www.rapecrisis.org.za/ - please comment as you go and send this link to others. The crew on the bus really value the supportive comments they get from around the country and the world!
Love, Kath

In an effort to encourage communities to create safe relationships and safe spaces to prevent rape and sexual violence Rape Crisis Cape Town Trust is launching their Stop the Bus campaign during 16 Days of Activism.

The campaign will run from November 22, to December 5, 2009. A bus on tour in the Western Cape will carry volunteer trainers, community activists and counsellors travelling to a number of communities conducting workshops, holding networking meetings, training and counselling on issues related to rape and sexual violence.

The links between sexual violence, HIV and substance abuse, highlighting the voices of rural communities and building stronger partnerships between urban and rural organisations will also be explored.

“We need to encourage people to speak out and not to deny the reality of rape and sexual violence. We cannot turn away from the horror of what is happening in our streets, back yards, schools, businesses, places of worship and homes when it comes to violence against women and children. We need to work together to change the society that we live in”, said Nazma Hendricks, Operations Manager, Rape Crisis Cape Town.

The deal involves the sale of 50% of the equity from existing shareholders in SAFE to the United Farmers’ Fund Trust (UFF), a broad-based BEE trust with a focus on land reform and rural development.

A new joint venture will be formed together with SAFE and the UFF to be known as SAFE Farm Ventures.

James Howard, portfolio manager of Futuregrowth the main investor behind the UFF on this deal, said that the Futuregrowth Infrastructure Development Bond and the Development Equity Fund, on behalf of investors, had provided R25 million to fund the purchase of SAFE equity. “This transaction ticks all the blocks for institutional clients seeking to invest in the development of the country. The benefits of this particular deal include sustainable and profitable land reform with a guaranteed minimum return to meet the Funds' performance targets,” said Howard.

Read the full text of the press release from the HWB http://www.hwb.co.za/media-article.php?id=143 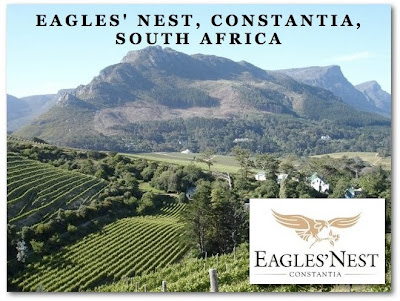 Eagles’ Nest, a boutique vineyard situated on Constantia’s highest slopes, has won the International Wine & Spirit Competition’s (IWSC) International Trophy for the Best Shiraz in the 2009 Competition, announced on Wednesday.

Andrew Leaver, Commercial Manager of Eagles’ Nest, said: “We are delighted with this international acclaim. This is probably the most respected competition held on the international stage. The finest wines from every wine region in the world enter, making the winner, essentially, the best example of its cultivar in the world.”

The acclaim of the International Trophy for the Best Shiraz has previous only been bestowed on two other South African wine estates, Boland Kelder in 2001 and 2003 and Nederburg in 2007. Leaver said: “Both previous South African winners are from well-established estates, the 2007 Eagles’ Nest Shiraz is, however, only our vineyard’s second release.”

Consulting winemaker to Eagles’ Nest, Martin Meinert, who won Winemaker of the Year at the Investec Private Bank Winemakers Choice Awards with this Shiraz, said: “I am exceptionally proud of this wine. To my knowledge it is unprecedented that a small estate can win such international acclaim with its second release. The team at Eagles’ Nest are passionate about what they do, it is an exceptional wine estate to work with and I am absolutely delighted with this award.”

The IWSC entries are judged using professional blind tasting and detailed chemical and microbiological analysis. The awards will be celebrated at an IWSC function in London for 500 guests in November.

Eagles’ Nest vineyards were established after the devastating fire in 2000 destroyed the fynbos and natural vegetation on the farm, as well as 95% of the forestation, and the owners, the Mylrea family, decided to shift the focus of the estate to wine,” said Leaver. In the 1600s the farm had formed part of Simon van der Stel’s Groote Constantia that produced wine for the nobility in Europe.

According to resident winemaker, Stuart Botha, although the Constantia wine region is well known for its white wines, Eagles’ Nest has a unique terroir within the valley as it is situated on the highest slope in the Constantia Valley, making it more suitable to reds.

“We are concentrating on three cultivars, our prize winning Shiraz, Merlot which is award winning in its own right with four stars in the John Platter and ironically the cultivar our customers often prefer, and one white, our Viognier, which also won a Silver-Best in Class award at this year’s IWSC.”

Tastings at Eagles’ Nest are welcomed, but by appointment, please call 021 683 0487.
http://www.iwsc.net/pages/product_trophies/

Read more about the Helen Suzman Foundation
http://www.hsf.org.za/
Posted by HWB Communications at 9:17 AM 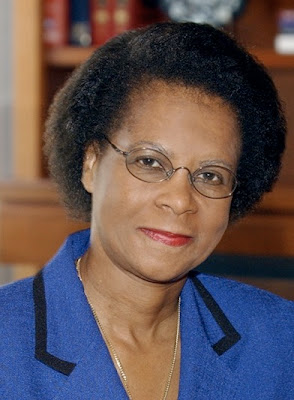 BY NOT protesting against the decay of social services and public schooling, all South Africans are to blame for high rates of crime and unemployment among youths, says businesswoman and anti- apartheid activist Dr Mamphela Ramphele.

Speaking at the annual Helen Suzman lecture in Cape Town this week Ramphele urged South African youth to engage in peaceful protest against the moral decay of society “as loud as we did (under apartheid) — even against laws that could have you shot”.

“We’ve had shocking statements made in our public sphere. What kind of ethics allows young people to say Kader Asmal should just lie down and die? In the Free State a young man said (University of Free State Rector Professor) Jonathan Jansen should be shot dead? For what? For making a decision?

“That’s the morality of the group which thinks this is a good thing. But what morals make you silent in the face of these words? We should really be outraged,” she said.

Ramphele said this was the result of allowing the schooling system to decay to a point where a high number of youths are not attending school anymore.

“And you wonder why you have higher electric fences and youths who will take your cellphone and come back to stab you. They are filled with rage. And you have failed them. We are responsible for the situation we are in now.”

Ramphele said these were all signs that SA was at a crossroads, struggling to emerge from the growing pains of its young democracy.

“The issue we are faced with is to rediscover the ideals so many people have dreamt of. We have to (acknowledge) that we have grossly underestimated what is needed to become a society.

“We underestimated the diversions in the journey, pre-1994, that has brought us here and the foundations of our democracy is only emerging now. But we are compelled to double our efforts.” Roux van Zyl Business Day

Read the text of news today about the speech
on Business Day
http://www.businessday.co.za/articles/Content.aspx?id=86058

Futuregrowth, part of the Old Mutual Group has been awarded the Enterprise Growth Award from the Mail & Guardian. Specifically, the company's Trust for Urban Housing Finance was recognised for the funds it has made available for urban renewal projects in the CBD of Johannesburg and its surrounds.

The Trust's primary purpose is to provide finds in the short and medium term to refurbish buildings that are then rented out.