The 4 star Spier Hotel celebrated its 10th Birthday this past week end.

As one of the biggest employers in the Stellenbosch area, the success the hotel has enjoyed over the past 10 years has been of huge benefit to the region.

Spier used this milestone to reflect on the history of the heritage estate - one of the oldest wine farms in the Cape - where it has come from, where it is today, and its vision for the future.

The Enthoven family hosted a celebration for 300 invited guests. The Hotel was transformed into a mystical wonderland, reflecting the vibrant and conscious energy for which the historic wine farm is renowned.

Prominent choreographer, Jay Pather presented an exquisite outdoor dance piece that reflected on Spier and the region's past, present and future.

The avenues and courtyards of the village-style hotel came to life with these performances and dazzling displays of light.

When the 155 bedroomed hotel was built in 2000, care was taken to complement Spier's heritage buildings, and the design is reminiscent of the historic Bo-Kaap and Mediterranean villages where pedestrians have right of way, and the hotel was one of the first in South Africa to be awarded the Fair Trade in Tourism SA accreditation in 2004. In 2007, Spier won a prestigious Condé Nast Traveler World Saver Award, as well as a Gold at the Virgin Holidays Partners in Sustainability Award.

Posted by HWB Communications at 7:42 AM 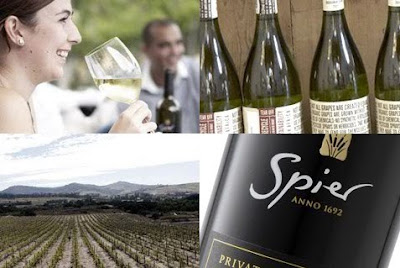 The Platter Wine Guide is internationally recognised as South Africa’s leading consumer wine handbook. It is an authoritative reference guide that covers all aspects of wine in the country, giving ratings and tasting notes for thousands of local wines. Of the 58 5-star rated wines, 30 were white and 28 were red.

The previous vintage of Frans K. Smit(2005) was also rated 5 stars in last year’s Platter guide, and this wine is still available for sale. Frans will only release the 2006 vintage to the market when he feels it is ready.

“The 2006 growing season proved to be the coolest of the three vintages so far,” says Frans. “This led to the production of a blend with very fresh natural acidity. The deep purple-red colour of the wine is testament to this, as are the strong tannins – both of which indicate that this particular vintage will age incredibly well.”

True to his belief in the role of consistency, Frans looked to the same vineyards he had used in previous years. The selected grape varieties were aged in French oak barriques for 16 months before the first tasting and re-tasting took place, and then another 27 months to gauge the aging potential of the wine.

The final blend shows more diversity than the preceding year, largely due to the cooler ripening phase. At 29%, Cabernet Sauvignon from Stellenbosch and Darling still sits at the heart of the blend, while Paarl’s exceptional Shiraz makes up a further 21%. The remaining 50% is made up of equal parts of Cabernet Franc, Pinotage, Malbec and Merlot.

Posted by HWB Communications at 7:29 AM 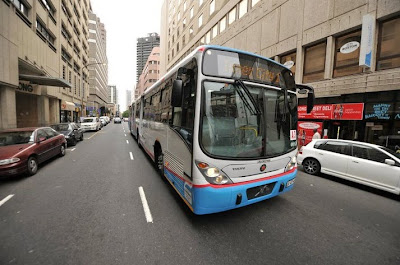 Thanks to Bruce Sutherland, the city's official photographer, for the incredible job he did for us last weekend. Assisted by Cape Town Traffic he followed two of the MyCiTi buses around town, and took some incredible pictures.
http://www.facebook.com/home.php?#!/group.php?gid=225617504133
Posted by HWB Communications at 7:26 AM

Joining the ranks of PRGN are Perfect Relations in India, and CROS Public Relations and Public Affairs in Moscow, expanding the network's global reach and capabilities in two of the world's fastest growing economies.

"We are thrilled to welcome Perfect Relations and CROS into our fold," said PRGN president Patricia Pérez of VPE Public Relations in Los Angeles, CA. "The primary beneficiaries of our new agencies in India and Russia are our clients who have ready access to the wealth of resources, specialized skills, and local connections our PRGN members provide."

"Our focus next year will be to market our regional scope and make it convenient for companies to work with us whether they are looking for representation in one country or one continent," continued Pérez. "Another priority is to make sure PRGN members are on the cutting edge of technology and adaptability as social networks reach their markets. While social media proliferation varies by country, its influence is clear." Bulldog Reporter's PR Agency News

Posted by HWB Communications at 12:20 AM 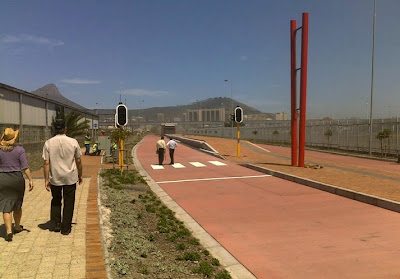 Posted by HWB Communications at 10:27 AM 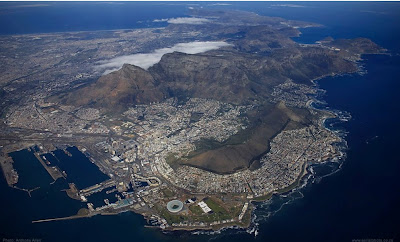 The prestigious Public Relations Global Network has selected Cape Town as the host city for the 2012 conference.

HWB is the only PRGN member from Africa. http://www.prgn.com/
Posted by HWB Communications at 1:51 AM