Social media: Be prepared to be overwhelmed

'Elections 2014 will be the first national poll in South Africa where social media will be a key part of political campaigns. Well, much more so than in the past,' says HWB social media guru Martin Slabbert.
In coming weeks you could be swamped with political tweets, status updates, Youtube videos, and posts.
How do you cut through all the noise?

There could be some political comments which will offend or disturb you. In the past, people could shout objectionable comments at only political meetings. Thanks to social media, the reach of their soapboxes has grown exponentially. Our Constitution guarantees free speech – people have the right to say things that you may not agree with.  Of course, this does not mean that comments that would have been subject to legal challenges in print or in broadcast are somehow now acceptable on social media.

Most political parties already have established communication teams that work purely on Facebook, Twitter, Youtube and any other available channel. Martin says this means that there is a great chance that you may be exposed to messages of 'vote for me' or 'we deserve your vote'.

Take everything you read with a bag of salt. Make sure you can verify that the message indeed came from the legitimate political party, and not from some hoax account. It happens to film stars and musicians; why can’t it happen to politicians?

As election day draws closer, Martin believes social media will get very noisy. His final tip: Be prepared to be overwhelmed. 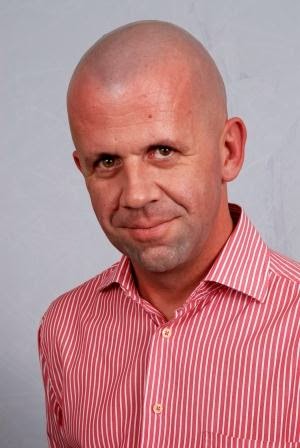 https://plus.google.com/+MartinSlabbert?rel=author
Posted by HWB Communications at 10:00 AM