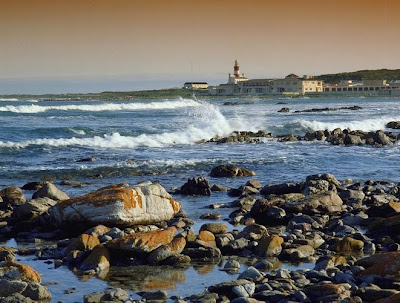 A continent-wide competition has been launched to mark Africa’s real Southernmost Tip, at L’Agulhas, where the Atlantic and Indian Oceans converge.

The area where the southernmost tip falls is a nature reserve owned by South African National Parks (SANParks). Nearby is the historic L’Agulhas lighthouse precinct, which will also be upgraded to include a new visitors’ centre. Over the past year, the Western Cape Department of Economic Development and Tourism (DEDAT) has been involved in projects to beautify the area, most notably through the erection of a boardwalk and benches.

The ‘Iconic Ideas’ competition, launched by DEDAT in partnership with SANParks, will run from the 26th of January until the 10th of March 2010. The competition will be calling on all people of Africa to create or design an iconic concept to celebrate the continent’s most southerly point. It should be a structure or symbol that can blend well with the surroundings at the Agulhas National Park, without causing damage to the environment. It should have continental significance, and be something that people can identify with. Mostly, it should encourage an environment where people can re-connect, spiritually or otherwise.

Anyone interested in entering the competition should send their concept idea, written out in no longer than one A4 page and a drawing (if necessary). Entries can be emailed, posted or faxed, all clearly marked as SOUTHERNMOST TIP OF AFRICA COMPETITION - please send entries to finmin@pgwc.gov.za/ Ministry of Finance, Private Bag X9165, Cape Town, 8000/ fax (+27)21 483 3892. For the competition brief, click to http://www.hwb.co.za/media-article.php?id=191 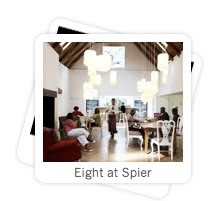 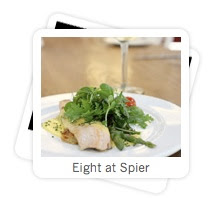 READ THIS REVIEW IN FULL FROM THE LINK BELOW

"Before the word gets out, I thought I’d share my addiction to the latest restaurant to open on the Spier Wine Estate in Lyndedoch Road, Stellenbosch. Eight at Spier serves good wholesome breakfasts, brunches and lunches on the grounds of the popular weekend destination. The restaurant is child-friendly, affordable, and one of very few restaurants with a green ethos where environmental consciousness and commitment to the Earth is a high priority. Most of all, the restaurant lacks pretentiousness, and easily ranks as one of the best places to get a decent, healthy breakfast over a weekend …"

What an earth is a mobisode?

HWB is getting ready for Mobile TV. One of the New Media frontiers for communications and media relations.

Cell phone networks introduced the technology in December 2009. Programmes are streamed live to cell phones off the 3G network, while still leaving phones able to operate as phones. Viewers will watch short sequences called "mobisodes" while on the move.
Posted by HWB Communications at 1:42 PM

HWB and the papers 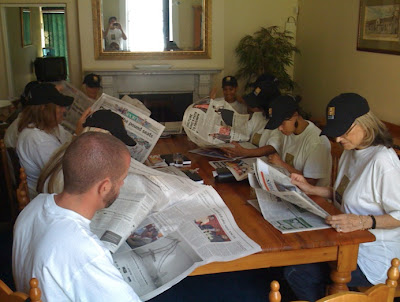 Each day of the week, 365 days a year HWB reviews the entire printed media in South Africa to check for reports that are of significance for clients, review press releases that have been placed by us and to do media evaluations.

Contact HWB for a media proposal for your business - we have unparalled media access across the print and broadcast media world and also offer a full service addressing New Media including social networking and Twitter. In our staff of media specialists we have former magazine and newspaper editors and journalists.
Posted by HWB Communications at 5:54 PM 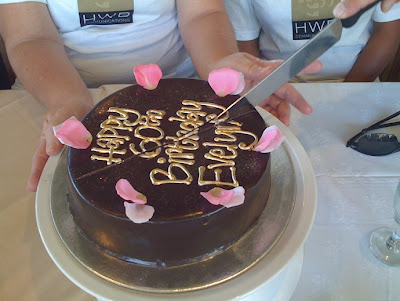 Posted by HWB Communications at 5:53 PM

Friday 1 January marked the beginning of the most important year in South Africa since 1994, President Jacob Zuma said in his New Year message, calling on all South Africans to work together make the 2010 Fifa World Cup "one of the most successful projects we have ever undertaken as a nation".

South Africans made history in 1994, when the country held its first democratic elections, Zuma said.

"We embarked on a phase of reconciliation and forgiveness, and worked hard to build one nation, united in its diversity ... We have proven to the world that it is possible to emerge from a horrible conflict, and work together ... to build a successful, peaceful, stable, multiparty constitutional democracy."

The year 2010 "is our next critical moment," the President said. "We have won the greatest marketing opportunity of our time, the rights to host the 2010 Fifa Soccer World Cup."

http://www.southafrica.info/news/newyear.htm
Posted by HWB Communications at 11:01 AM